As well as running this website and my events website What’s On Where UK, I also run a digital quarterly magazine called Merryn Magazine. Over at Merryn, we love to champion independent retailers, unsigned music artists, charities, community groups and events. We also love to champion self-published authors, so every Wednesday, we will be bringing you a different self-published UK author! Take a look here for more information 🙂

I have just come across an article on The Guardian’s website, “A new chapter in cinema: why books are big at the 2016 Oscars“, where they say, “Of the nine best picture nominees to be announced this Sunday, four are based on novels and one – The Big Short – on a celebrated account of the 2008 financial crisis.” This is great news for all authors out there, as there are so many books out there that would make great films, if only they were picked up. How many times have people gone to see films and said “the film was better” or “the book was better”? There couldn’t be that conversation without there having been a book in existence first.

Stylist.co.uk posted their “100 best films based on books“, and having looked through the list, I must admit that I hadn’t realised that so many of them started out as books first, with the oldest film being from 1924 (Tess of the D’Urbervilles) to 2011 (Water For Elephants).

So, if you’re currently promoting your book, or even still reading it, you never know: it might be the film adaptation of your book that’s up for an Oscar in the future! 🙂

When we first released our books, starting all the way back in 2012, our book covers were very different. They have gone through a few different incarnations, but I think we are finally happy with the covers we have now! I am very pleased to be able to share the new book covers with you now 🙂

According to Days Of The Year, Saturday 2nd January is Science Fiction Day. It’s celebrated on 2nd January as it is Isaac Asimov’s birthday. Isaac was an American author and is considered as one of the “Big Three” science fiction writers, alongside Arthur C. Clarke and Robert A. Heinlein. He is one of the most prolific authors of all time and his Wikipedia bibliography page lists over 500 books.

How many of them have you read?

SYNOPSIS
Do you have a wife?

Yes, you went ahead and did it, took the plunge and got married. And now, it’s too late to give her back and you’ve realised what an unmitigated disaster the unattended woman makes of everything.

The marriage guidance writers of the world renowned Institute of spousal correction, Wife Maintenance Quarterly, are here to help. Whether you’ve got a fat frau, an insolent missus or a lazy wretch of a little woman, we’ve got just the right insider knowledge on which nuts to tweak to get your capsizing marriage ship-shape and tight as an au pair’s briefs.

Wife Maintenance Quarterly is primarily intended for new husbands, but it is also of use to old hands looking for tips on how to train and how to get the best out of their wives, singletons who’ve heard bad things and are afraid of making the plunge and, of course, women themselves looking for advice on how to be the best little wives they can be.*

Whatever your marital situation, make room for Wife Maintenance Quarterly on your bookshelf!

*Statistics show that at least 1 in 3 adult women can read.

So, exciting news from us with regards to our next project. Michelle will start research for the next book in the zombie series in the new year. Again it will tell the story of what happened after the zombie outbreak happened and will cover Asia.

You can buy the first two books in paperback or as a Kindle e-book:

The Undead: Book One, Overview
What might life be like in a world beset by billions of human zombies? The Undead: Book One, Overview is an introduction to a nightmarish world in which the last few million humans are living in the shadow of a terrible and incurable virus that is drowning the species under a wave of billions of zombies. Book one focuses on how a British government would react to the crisis of suddenly finding that more than 58 million of its people had become highly infectious zombies and that the survivors are all infected with an incurable condition that will turn them into zombies upon death. The worldwide Infection Event occurred in 2020 and the dwindling human race has been struggling to survive in a poisoned world ever since.

The Undead: Book Two, North America
The sequel to The Undead: Book One, Overview looks at the worldwide RVS2 zombie pandemic as it happened in continental North America. Focusing on the emotional reality of life in the Crisis and the conditions on the ground of the new nation, United America, Book Two details the continuing survival of the Western superpower, even as it stares slow, inexorable oblivion in the face.

Find out how to buy these books at our webshop.

Below are the interesting news stories I’ve found online today 🙂 (the last one for 2015!)

Are soundtracked books a stunt or the future of ebooks?
The Independent
http://www.independent.co.uk/arts-entertainment/books/features/are-soundtracked-books-a-stunt-or-the-future-of-ebooks-a6791316.html

One of the most excellent things about blogs is finding out about books that are out there that I haven’t read yet. These are the last five books I added to my ever expanding ‘to read’ list on Goodreads! 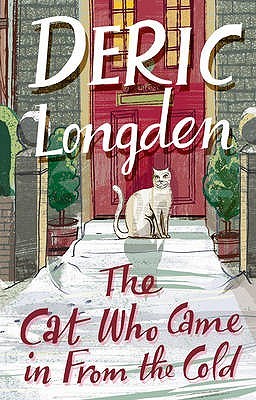 The Cat Who Came in from the Cold by Deric Longden
The little cat Deric Longden saw sitting forlornly on an upturned bucket belonged to the neighbours, but somehow when it began to rain it seemed only natural to bring him inside. Once there he slipped so easily into Deric and Aileen’s lives that there was an unspoken agreement that he had found his real home. Little did he know that he had entered the Longden world, in which the unexpected (almost) always happens. . . 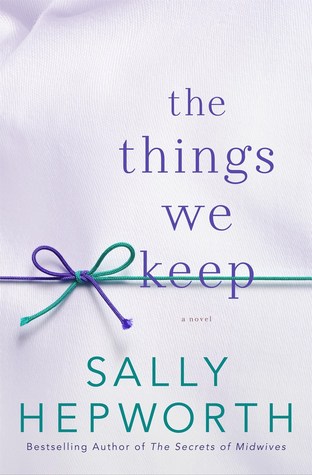 The Things We Keep by Sally Hepworth
Anna Forster, in the early stages of Alzheimer’s disease at only thirty-eight years old, knows that her family is doing what they believe to be best when they take her to Rosalind House, an assisted living facility. She also knows there’s just one another resident her age, Luke. What she does not expect is the love that blossoms between her and Luke even as she resists her new life at Rosalind House. As her disease steals more and more of her memory, Anna fights to hold on to what she knows, including her relationship with Luke. 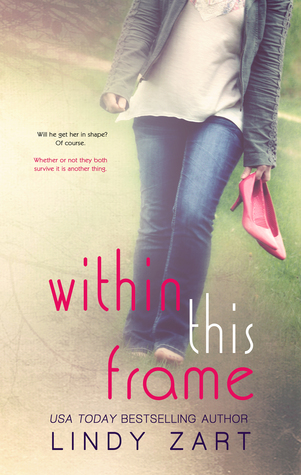 Within This Frame by Lindy Zart
It comes in the mail—a beautiful invitation that promises humiliation and horror. Unless Maggie Smiley, former child celebrity and now overweight recluse, gets her courage and motivation in check, along with her health. 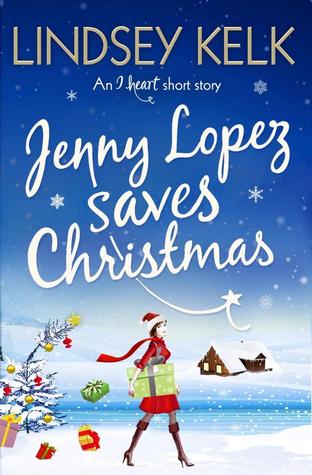 Determined to turn her festive frown upside down, she plans a super winter getaway for her nearest and dearest: ski cabin in Vermont, the best Christmas tree the world has ever seen and more bottles of champagne than is possibly legal to transport across state lines.

But nothing goes to plan and before she knows it, Jenny’s awesome super funtimes Christmas has turned into a dry, dull couples’ retreat. But this is Jenny Lopez. She’s going to have the best Christmas known to man and she’s not prepared to accept anything less, even if it means snowshoe-ing to the nearest store and dragging a turkey three miles in the snow. Even if it means chopping up her beloved Christmas tree to start a fire. Even if it means standing up a hot, wealthy doctor (a doctor, people!) to make sure everyone gets the holiday they deserve. 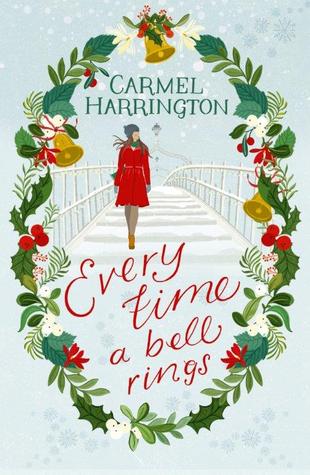 Belle has taken all the Christmas decorations down. This year they won’t be celebrating.

As foster parents, Belle and Jim have given many children the chance of a happier start in life. They’ve loved them as if they were their own. They shouldn’t have favourites but little Lauren has touched their hearts. And now her mother is well enough to take her back and Belle can’t bear the loss.

So when Jim crashes his car one icy December night, after an argument about Lauren, Belle can only blame herself. Everything she loves is lost. And Belle finds herself standing on The Ha’Penny Bridge wishing she had never been born.

Will Belle realise, before it’s too late, that her life is the most wonderful life of all?

Inspired by the timeless tale of beloved Christmas movie, It’s a Wonderful Life, Carmel Harrington’s next book tells the story of Belle, a young woman and foster carer from Dublin who faces the hardest decision of her life this Christmas on The Ha’Penny Bridge.

Full of Irish charm, magic, and the warmth of the festive season this is an emotional, heartwarming story that will stay with you long after you’ve reached ‘The End’. Perfect for fans of Cecelia Ahern & Jojo Moyes.

Carmel is the bestselling author of The Life You Left & Beyond Grace’s Rainbow, voted Romantic eBook of the Year 2013.

Something we’ve always been interested in, is having our books as audiobooks. We’re a bit (okay a lot!) low on funds, so I decided to record my own. I have created two audiobook extracts for both The Liverpool Vampire and Admin Is Hell, and I’m waiting to find out the verdict from the land of the internet peoples before I commit myself to creating them for the other eight books, as it takes so long to record them, edit them and then make them into YouTube friendly files. Please give me any feedback, positive or negative, as I’d like to improve on them if I can 🙂

I have just realised that I’d mentioned previously that I was creating a new webshop where lovely customers would be able to buy one of our paperback books. Well, it’s finally live and ready to go!

I built it using Wix and I have to say that of all of the internet platforms I’ve used to build websites before, it’s the easiest site I’ve used! It’s so user friendly and I picked it up so quickly. I probably don’t use all of its functionality, but I’m really pleased with the website I ended up with!

I’m so proud of Michael; he hasn’t let his brain injury hold him back and he inspires me every single day.

So, take a peek and please let other readers know that we’re there 🙂

My Tweets
Adventures of an author's wife
Create a free website or blog at WordPress.com.